Ants live in permanent nests which may be in the soil, in timber, under pavers, in wall cavities or roof voids. They may travel considerable distances for food - if it can possibly be considered food, there will be a species of ant that will want to take it back to its nest.

Do you need an estimate for service or have questions about pests?

We'd love to hear from you! Complete the form below and one of our experts will get back to you as soon as possible.

Not all ants are pests

Alates leave their parental nest to mate during swarming. After mating, they find a suitable area to establish their new colonies, detach their wings, and eventually turn into queens. Queens only mate once in their lifetime and continue to produce offspring until they die.

Often, an ant colony has more than one queen. Males have only one task, which is to inseminate the queens and die shortly thereafter. Once mated, the queens find a suitable area to establish a new colony and begin to lay their eggs. Eggs hatch into larvae and the latter moult several times before becoming pupae.

The first batch of immature is cared by the queens, while future batches are tended by the workers. Apart from tending the queens and young, workers are also responsible for defending the colony and foraging for food.

Ants are just considered as nuisance pests as they do not pose significant threat to human’s health since they are not vectors of diseases.

How do you recognize ants?

The ant is made up of three large parts: the head, the thorax and the abdomen. In addition, he has a fourth particle between the chest and abdomen. On its head are two feelers that are very important. With this he can feel, but also smell.

He sees through two eyes, but when he enters his dark nest, they are less useful. The ant has three pairs of legs. An ant lives an average of 40 to 60 days, the queen, on the other hand, can live up to 20 years. They always live in a well-organized colony that varies in numbers. An ant would not survive if it had to roam alone. 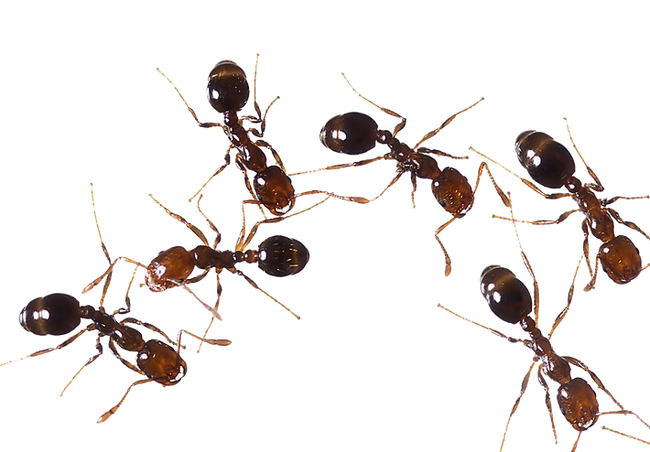 Anticimex can disinfect your office and workplace by delivering a broad-spectrum disinfection misting service, targeting both surfaces and inaccessible areas. Regular disinfection services should form part of your action plan to prevent the spread of harmful bacteria and viruses.

Anticimex SMART is an intelligent system that keeps an eye on things you don't want to see. By constantly monitoring and instantly reacting, it prevents pests infestations in an environmentally-friendly way. In addition to services traditionally provided by us, our customers would be experiencing a unique solution that gives them the best of both worlds - automation and expertise.

Get a quote for Ants control.